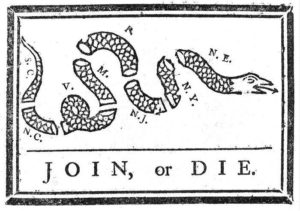 On my study leave last week, I was digging into Iain Murray’s Revival and Revivalism.  In the chapter chronicling the history of revival entitled Glory In Virginia, these two concepts leapt out at me:

“There seem to have been no areas where there was general revival during the years of the War of Independence, from 1775 to 1783.  In most of the country there was evident spiritual decline as political and military events dominated public attention” (p.74)

And, then a little further toward the end of the chapter:

“As we see in the time of Edwards, Whitfield, and Davies, one mark of an outpouring of the Spirit of God is the presence of a stronger catholicity of spirit among believers.  Only when churches put adherence to Christ first can the world begin to recognize the real identity of those who bear his name” (p.88)

Get it?  If we really want God to move in these days, the answer isn’t getting our person in the White House and laboring with all our might to that end.  No.  It’s, to use the words of Murray, adhering to Christ alone and being consumed with Him, not military or political prowess, that brings the revival so many of us long for.  I’m not calling you to disengage.  I’m pleading with you to engage and make Christ supreme in your affections.  And, may God bring revival again in these days.

“Do we want to guarantee that our children will run in the opposite direction of our most cherished biblical convictions?  All we have to do is sterilize our churches.  Make them rigid, unresponsive, grim.  Require of our ministers that they play the role of scolding, scowling Reverend Eat-Your-Peas. Treat the gospel as a theological system only, rather than also as a personal remedy.  Use the Bible as ammunition for “culture wars” rather than as food for life.  Withdraw from the historical situation in which God has placed us.  Build up the walls, reinforce the barriers and make certain that no experience gets in here.  Ignore the fact that “doctrine only” is not itself a biblical doctrine.

“But do we want our children to embrace our biblical convictions with joy?  Let our churches become environments fertile with revival potentialities.  Let’s shape our churches with deliberate intention that their content and tone may encourage our children, and all others, in true experience of God.  Let our convictions open up to their eyes a glorious vision of God and to their hearts the succulent pleasures of God.  We cannot trigger a divine visitation on our churches, but it is our responsibility prayerfully to offer our Lord a church steeped in the gospel and tenderly responsive to his presence.  His Spirit’s blessing should not have to work against the logic and ethos we create.

David Wells’ recent article in Tabletalk is online. The article entitled “Quitting and Finding Church“, would be well worth your time. He concludes:

We who worship and we who preach really do need to humble ourselves before God and ask for a restoration in our country of the kind of preaching that He can really use. If God does not visit us afresh in this regard, I am afraid that our “churchianity” will continue unabated and there will be many who genuinely are asking for something better who will not be able to find it.

This is a great call and reminder that we need God to move, not another program or technique. Are you desperate for God?